100 years ago, Irving Berlin stuck this in a trunk 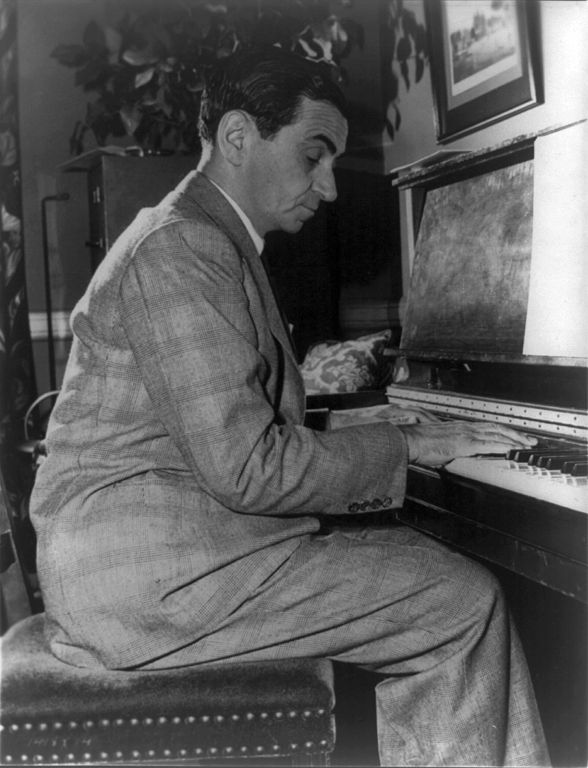 Over the years, Grassfire has offered many patriotic products to our team members, none more popular than our "God Bless America" yard signs.

There's a fascinating history behind this phrase and the song -- written by Irving Berlin -- that has become part of the very fabric of our nation. You may know that Kate Smith made the song a national phenomenon when she sang it on her television show 80 years ago. But Berlin actually wrote the song twenty years before that (about 100 years ago). But the song was never sung publicly until Smith's rendition in 1938.

Like many songwriters, Berlin saved every scrap of paper with every new song or partial song he composed. As was his habit, he'd put the scraps of songs in a trunk for possible use at a later date. So it was with "God Bless America."

+ + He dug into his trunk to find the song that changed America...

Fast forward twenty years, to 1938. Hitler was flexing his muscles, building a war machine and intimidating his European neighbors into concessions. Just two decades after the "War To End All Wars," the world was once again on the brink of war. In this tense environment, Berlin wanted to craft a song to help inspire patriotism here in America. He worked on songs called "Thanks America" and "Let's Talk About Liberty," before remembering a song he had tucked away in his song chest.... "God Bless America."

Berlin made a few tweaks to the lyrics and then asked Kate Smith to debut the song....

The rest, as they say, is history. The song quickly captivated the nation and is clearly Berlin's most famous song. After 9/11, baseball teams began playing it as part of the seventh-inning stretch, a practice which continues to this day. Grassfire actually launched a campaign to have "God Bless America" adopted as our National Hymn (maybe we should revive that!).

There was opposition to the song, from those who thought it was too America-focused and a bit presumptuous to state that God blesses America. Of course, those people miss the point -- the song is a PRAYER that God will bless America and "stand beside her, and guide her, through the night with the light from above."

And here's what I really want you to take away from this....

When asked about the song, Irving Berlin's daughter explained why she thought it captured a nation -- because the nation had captured her dad's heart. The song was a personal statement...

“I came to understand that it wasn’t ‘God Bless America, land that we love.’ It was ‘God bless America, land that I love.’ It was an incredibly personal statement that my father was making, that anybody singing that song makes as they sing it. And I understood that that song was his ‘thank you’ to the country that had taken him in. It was the song of the immigrant boy who made good.” --Mary Ellin Barrett (Irving Berlin's daughter)

The same is true of our "God Bless America" yard signs. It's a personal statement that you can make to express your deep love for our country and your sincere prayer that God will bless this land!

If you've never ordered one of our yard signs, or would like another, maybe now's the time. Spring is here! And those of us who love and cherish this great land need to take a stand and boldly say, "God Bless America"! The good news is, we just received a new shipment of signs after the last set sold out. If you want to make a personal statement, like Irving Berlin, and say "God Bless America," go here to order your signs now:

Again, its Spring. Despite the struggles we feel and see all around us, I still believe it is "springtime" in America. The best days are ahead. And that optimism starts when citizens like you and I make a personal statement -- which is even more controversial today than when the song was written -- and boldly say, "God Bless America"!

Thanks for the stand you are taking, and may God Bless America!

P.S. I'm so glad that Irving Berlin dug into that song trunk and revived "God Bless America." This song -- and this phrase -- has impacted our nation at a very fundamental level. Every time the words "God Bless America" are heard or seen, they inspire hope and patriotism and faith. I trust you have been inspired by Berlin's story. Let's join him in making a personal statement and say, "God Bless America"!