WHO guidelines do NOT include the "stay home" lockdown measures put into place in U.S. and around the world 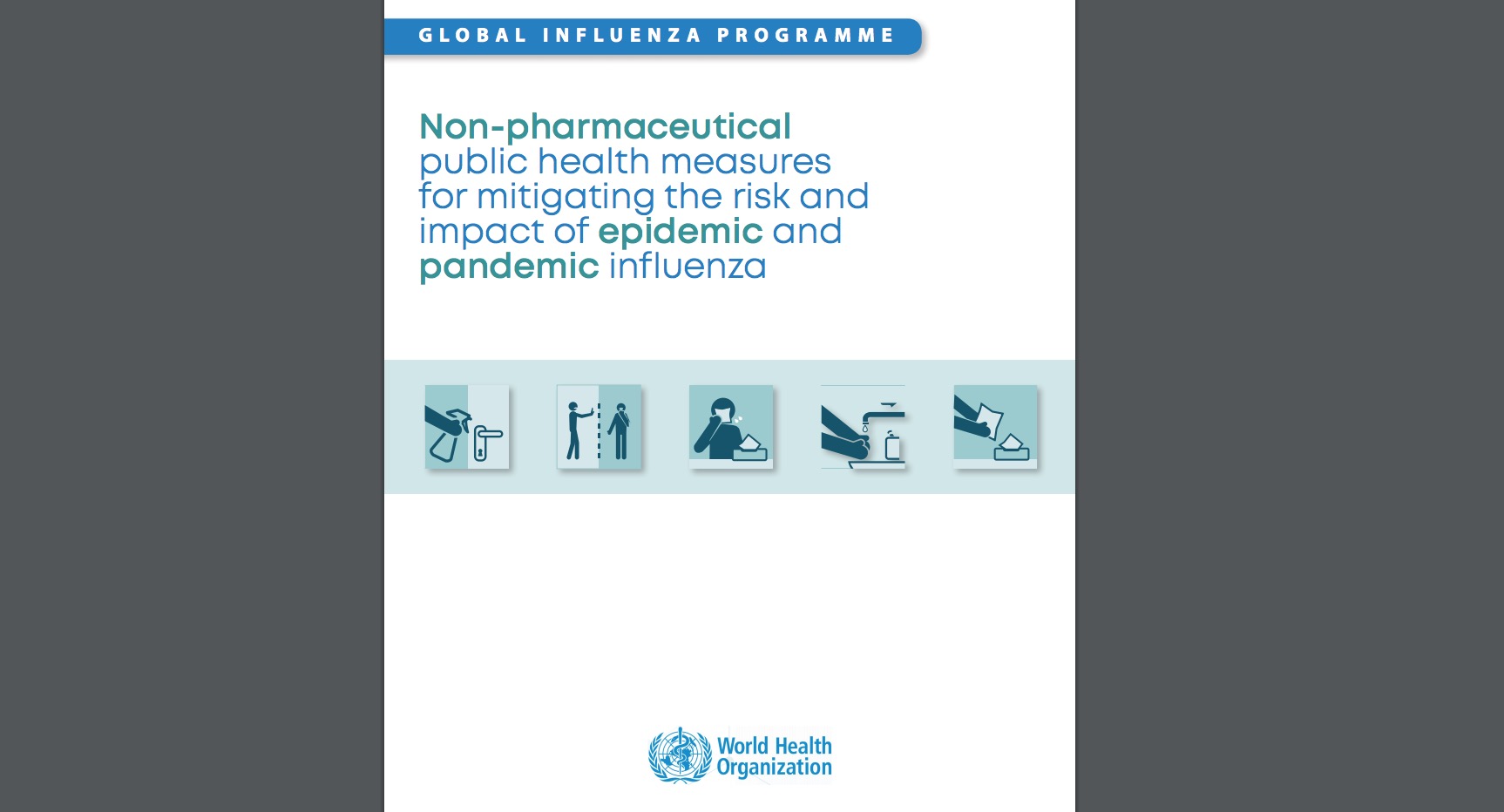 The World Health Organization's pandemic mitigation guidelines, published just a few months before the coronavirus crisis hit, do not include most of the severe "stay home" lockdown pandemic mitigations that are now in place in America and around the world.

After analyzing the U.S. CDC guidelines for pandemic mitigations and discovering that the CDC did not recommend the harsh lockdown measures put into place in response to COVID-19, Grassfire examined the WHO's guidelines and found the same, in much more detail.

In fact, the WHO's guidelines made it clear that most mitigations now in place have little to no evidentiary basis for effectiveness. In other words, the WHO said you can do stuff to mitigate but we really don't know if it will help!

In all, the WHO assessed 18 non-pharmaceutical interventions (NPIs) ranging from hand hygiene to border closure. Let's review a few of the more popular NPIs now in place.

1. Face Masks -- NO EVIDENCE THEY ARE EFFECTIVE BUT DO IT!

Based on "moderate" quality of evidence, the WHO found that "Ten RCTs (random controlled tests) were included in the meta-analysis, and there was no evidence that face masks are effective in reducing transmission of laboratory-confirmed influenza." Despite this, the WHO recommended:

With this discplaimer:  "Although there is no evidence that this is effective in reducing transmission, there is mechanistic plausibility for the potential effectiveness of this measure."

So, no evidence, but do it.

2. Surface and Object Cleaning -- NO EVIDENCE BUT DO IT

Based on "very little evidence," WHO's findings on surface and object cleaning are a "cut and paste" of face masks:

"Surface and object cleaning measures with safe cleaning products are recommended as a public health intervention in all settings in order to reduce influenza transmission. Although there is no evidence that this is effective in reducing transmission, there is mechanistic plausibility for the potential effectiveness of this measure."

This seems like epidemiology 101 -- trace contact, especially early. The WHO says don't bother. Based on "very low" quality of evidence, the WHO says, "Active contact tracing is not recommended in general because there is no obvious rationale for it."

OK. We thought it was a good idea. But apparently not.

The WHO recommends "voluntary home isolation of sick individuals with uncomplicated illness." Note the term voluntary even for the sick. Although it noted that the quality of the evidence for effectiveness i "very low" and "the optimum strategy for symptomatic persons is still uncertain," the WHO does give an approving nod:

'Epidemiological and simulation studies suggested that isolation of sick individuals could reduce transmission in epidemics and pandemics. There is mechanistic plausibility for this intervention to be effective in reducing transmission. The overall effectiveness of isolation is moderate, and combination with other interventions may improve the effectiveness."

The WHO strongly does NOT recommend the quarantine even individuals who are exposed to the virus.

"Home quarantine of exposed individuals to reduce transmission is not recommended because there is no obvious rationale for this measure, and there would be considerable difficulties in implementing it."

And look what the WHO says on the "quality of evidence":

"There is a very low overall quality of evidence that quarantine of exposed individuals has an effect on transmission of influenza; the studies identified in the review reported or predicted variable effectiveness."

The WHO then touches what has become the"third rail" of the coronavirus debate -- "cost-benefit" analysis. When we at Grassfire would are to suggest that the costs of the shutdown might outweigh the benefits of the shutdown, we're basically called heartless murderers. Well, we're in good company with the WHO apparently which says not only is the overall effectiveness "moderate" at best...

"The likelihood of a household contact who is concurrently quarantined with an isolated individual becoming a second case has been estimated to increase with each day of quarantine. Thus, family members who share the same room or facilities with the infected case may have an increased risk of acquiring influenza."

Hmmmm. Maybe this is why the shutdowns haven't worked even in reducing the R value.

And then the WHO addresses the "ethical" issues...

Very important note: the WHO guidelines only address quarantine of individuals who have the virus and those who are known to be "exposed" to the virus. The WHO does not ever address the mandatary "stay home" orders that have been imposed even on those where there is no evidence of disease or even exposure. Perhaps this is because not only is there no evidence that it would work, there was no precedent in the history of free nations for such a lockdown to be imposed!

Regarding school closures and mitigations, the WHO offer a conditional nod, while noting that the evidence supporting closures is "very low":

"School measures (e.g. stricter exclusion policies for ill children, increasing desk spacing, reducing mixing between classes, and staggering recesses and lunchbreaks) are conditionally recommended, with gradation of interventions based on severity. Coordinated proactive school closures or class dismissals are suggested during a severe epidemic or pandemic. In such cases, the adverse effects on the community should be fully considered (e.g. family burden and economic considerations), and the timing and duration should be limited to a period that is judged to be optimal."

The WHO's stance on workplace measures is also conditionally recommended. It calls "closures" an "extreme" measure that  "can be considered in extraordinarily severe pandemics in order to reduce transmission." Based on this, the closures that have taken place in the U.S. and around the world due to the covid panic would mean covid would need to be considered an "extraordinarily severe" pandemic. That may have been thought to be the case originally, but with best testing indicating a fatality rate close to the flu, that is no longer the case.

Again, the WHO treads carefully with a "conditional" recommendation for limiting gatherings. First, there is no evidence that such measures work: "No RCTs were found and the quality of evidence across all reviewed articles is very low. The effect of measures to avoid crowding alone is unknown." Second, there are serious ethical concerns, specifically for religious gatherings and people:

"Avoiding crowding may have cultural or religious implications. Gatherings are important places to share information during influenza, which can comfort people and reduce fear. The abolition of religious gatherings may violate the devout faith of the participants and make them feel morally guilty. The guideline development group suggested that it would not be possible to cancel some events (e.g. the Hajj)."

So the closures of churches and restaurants and every place that at first "100 or more" and then "10 or more" would gather would at best be conditionally recommended by the WHO with an acknowledgement that there is no confirmation of the efficacy of such measures and a very big concern for the religious implications.