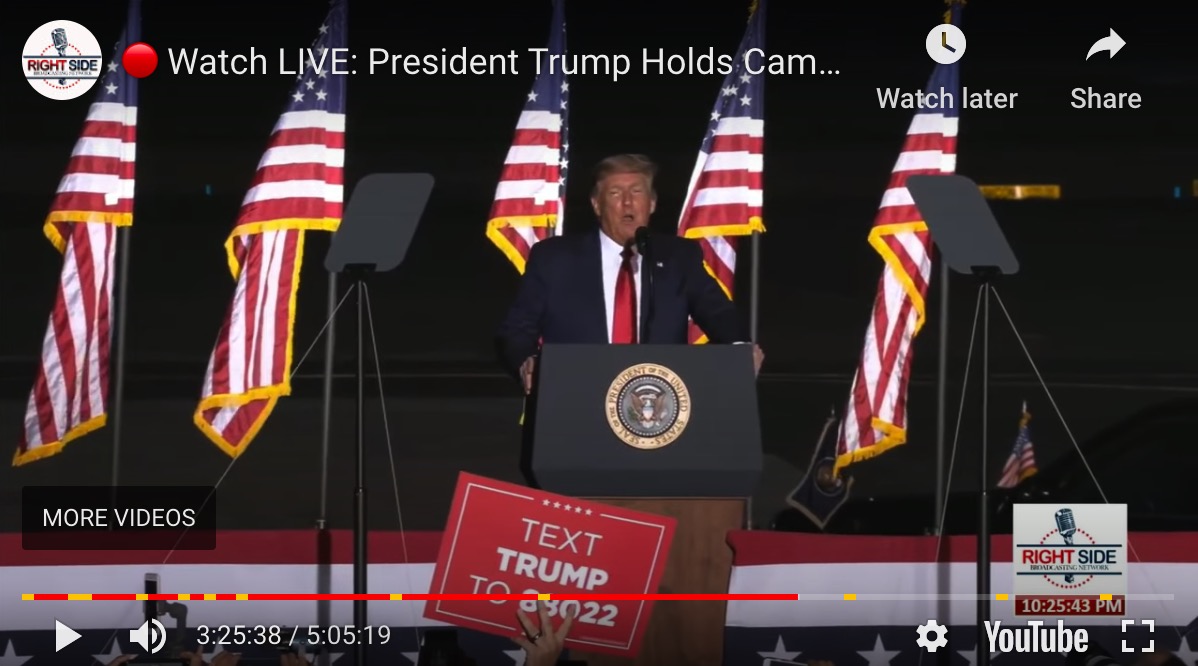 Speaking before an enthusiastic crowd that numbered in the tens of thousands, President Trump "took off the gloves" during this rescheduled Nevada campaign stop:

On a day that Biden's team "put a lid" on the day and cancelled all campaign activities (perhaps so Biden could rest after one consecutive day out of the basement), President Trump held a very full day in swing-state Nevada -- overcoming the governor's efforts to block the "peaceful protest." The President unleashed on Biden in response to a despicable Biden ad that featured the lies pushed by the Atlantic magazine.