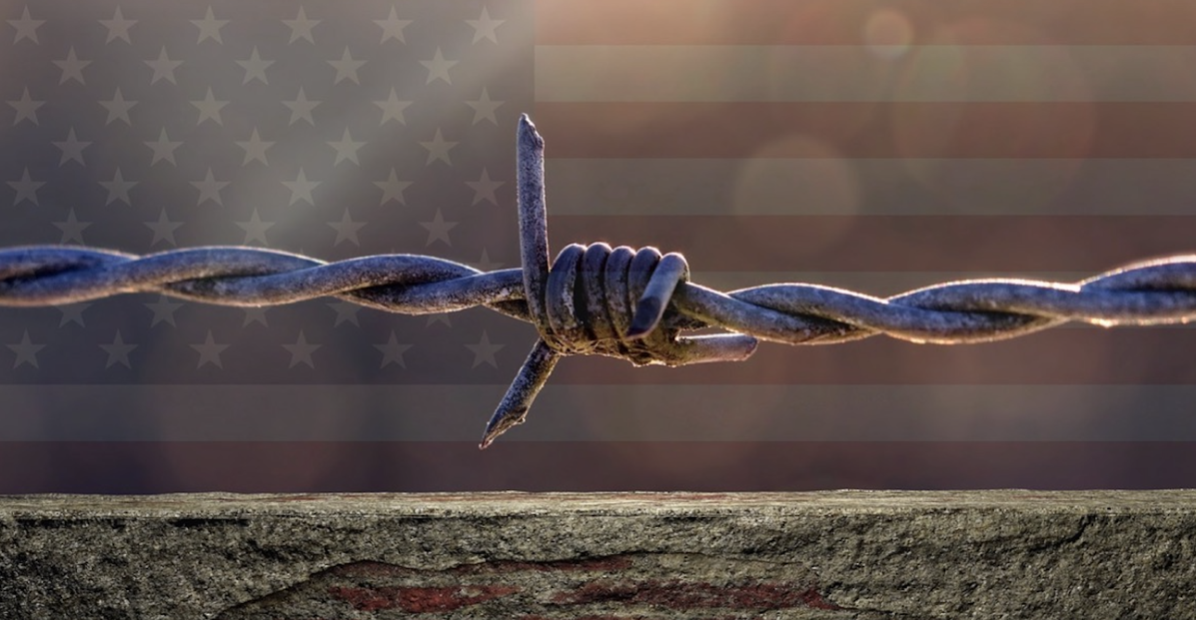 "March's border figures are the highest monthly total under President Joe Biden’s watch and in 22 years. Fiscal Year 2022 is halfway completed and is on track to well surpass the 1.7 million encounters made in FY 2021 – which was a record number. Every American should be concerned with these alarming figures."

The good news is that the website also reports: "50 percent were removed from the U.S. under Title 42, a measure that allows CBP authorities to turn away migrants to prevent the spread of infectious diseases." But there's also some bad news. As we have been warning team members for weeks, the Biden regime is set to let the important health-policy order expire on May 23.

By opening the floodgates even wider to a "massive surge" of illegal aliens, Joe Biden is likely to turn the border crisis into a catastrophe. His failed administration's open-border policies are encouraging tens of thousands of "migrants" to rush the U.S.-Mexico border. Our country, literally, is being invaded by citizens of other nations. Congress must act to protect America's safety, sovereignty and way of life.

Make your voice heard in the fight against illegal immigration! Click here or on the banner below now to sign the "Stop The Invasion!" national petition:

As if the record number of "encounters" isn't bad enough, ImmigrationReform·com says, "(A)nother alarming statistic is shattering records – the number of got-aways." The Biden regime is making it "easier for criminals and others who wish to avoid officials to sneak into the country undetected. ... (I)t’s being reported more than 67,000 illegal aliens evaded apprehension in March alone. Adding to the more 300,000 got-aways this fiscal year. Among these got-aways are untold gang members, criminals, and potential threats to our national security."

Again, if Title 42 is allowed to expire on May 23, America's border crisis is expected to get much, much worse. (See our previous border update below to find out just how bad it could be.) Yet, Joe Biden and members of his failed administration are all asleep at the wheel! Click here to add your name to the national petition to "Stop The Invasion!" Thank you, in advance, for making your voice heard today.

P.S. At the end of next month, America's southern border could face a literal invasion by illegal aliens who outnumber U.S. troops that stormed two Normandy beaches on D-Day in World War II. See our previous border update below for more information, or call on GOP Reps and Senators now to "Stop The Invasion!" Go here to demand they take immediate action to protect our great nation's sovereignty, security and way of life:

The Biden regime continues doing almost nothing to address the flood of illegal aliens invading America's southern border. In fact, the number of "encounters" in March by U.S. Customs and Border Protection (CBP) broke another record. According to ImmigrationReform·com, data released yesterday "indicate the current border crisis is far from over. Last month, CBP officials encountered 221,303 unlawful migrants along the Southwest border – a 33 percent increase from the encounters made in February and a 27 percent increase from the encounters effectuated last March." 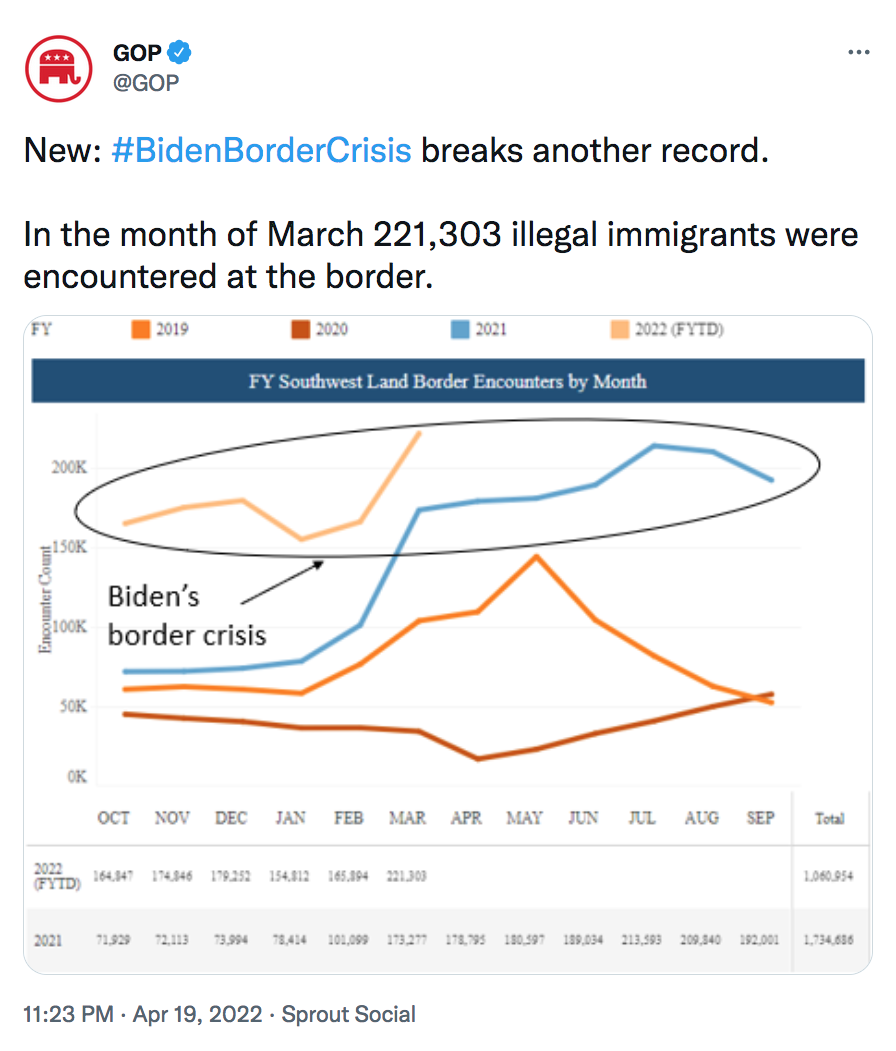 To protect America's sovereignty, security and way of life, a handful of Democrat Senators are joining Republicans in pressuring Joe Biden NOT to let the order expire. FOX News reports: "A bipartisan bill to extend Title 42, co-sponsored by five Senate Democrats, is the latest sign of opposition from moderate Democratic opposition to the Biden administration's move to end the public health order amid fears it could lead to a surge in migrants at the border."

Those five "moderates" are Sens. Kyrsten Sinema and Mark Kelly of Arizona, Sen. Jon Tester of Montana, Sen. Maggie Hassan of New Hampshire and Sen. Joe Manchin of West Virginia. That makes a total of 55 Senators on record, supporting a Title 42 extension.

More than two million illegal aliens have crossed the U.S. southern border since Joe Biden was installed as "Commander-in-Chief." By releasing them into our communities, his regime is directly -- and deliberately -- threatening America's sovereignty, security and way of life. That's why Grassfire is giving team members the opportunity to make their voices heard on Capitol Hill.

Last week, Grassfire told you about a letter 21 GOP Senators sent to Homeland Security Secretary Alejandro Mayorkas. They insist that rescinding Title 42 would be "dangerous," "reckless" and lead to a "massive surge" that will add to the already "historic influx of illegal immigrants which has occurred during the Biden Administration."

If the order is allowed to expire at the end of next month, those Republican lawmakers expect "up to 18,000 illegal immigrants to arrive each day at our southern border. This would mean over 500,000 illegal immigrants arriving per month at our border." That's a pace of six million illegal border crossings per year, which is more than the population of 31 states!

Also, a reported 60,000 illegal aliens already are waiting to cross into America as soon as Title 42 expires. That's more people than the number of U.S. troops (57,000) that stormed Omaha and Utah Beaches on D-Day in 1945! It's a crisis that's turning into a catastrophe -- and the Biden regime is letting it happen! Click here to make your voice heard.

P.S. When the House and Senate return from their Easter recess, Grassfire representatives will deliver "Stop The Invasion!" petitions to GOP leaders on Capitol Hill. To be included in that upcoming signature presentation, go here to sign now: