German study indicates U.S. COVID-19 mortality rate may be MUCH LOWER than experts have told us 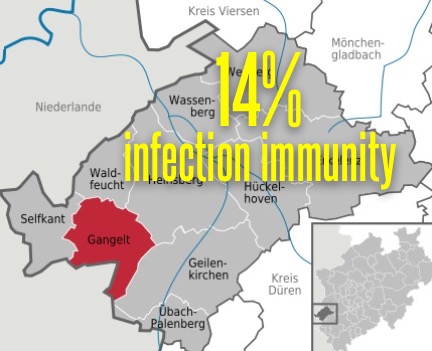 A new study out of Germany is the strongest indicator yet that the U.S. COVID-19 infection fatality rate could be far lower than what has been projected.

After testing 80% of the population of the community of Gangelt, the German study (info here and here) found that 14% tested positive for the COVID-19 antibodies, indicating they already had contracted and recovered from COVID-19. This is extremely good news and indicates that in that community there was a very high rate of asymptomatic and mildly symptomatic people. The significance for America is this...

Since we do not have widespread, random antibody testing in the U.S. (the testing we urgently need), we have no basis for assuming or even guessing that 14% of Americans have already contracted COVID-19 and have the antibodies. 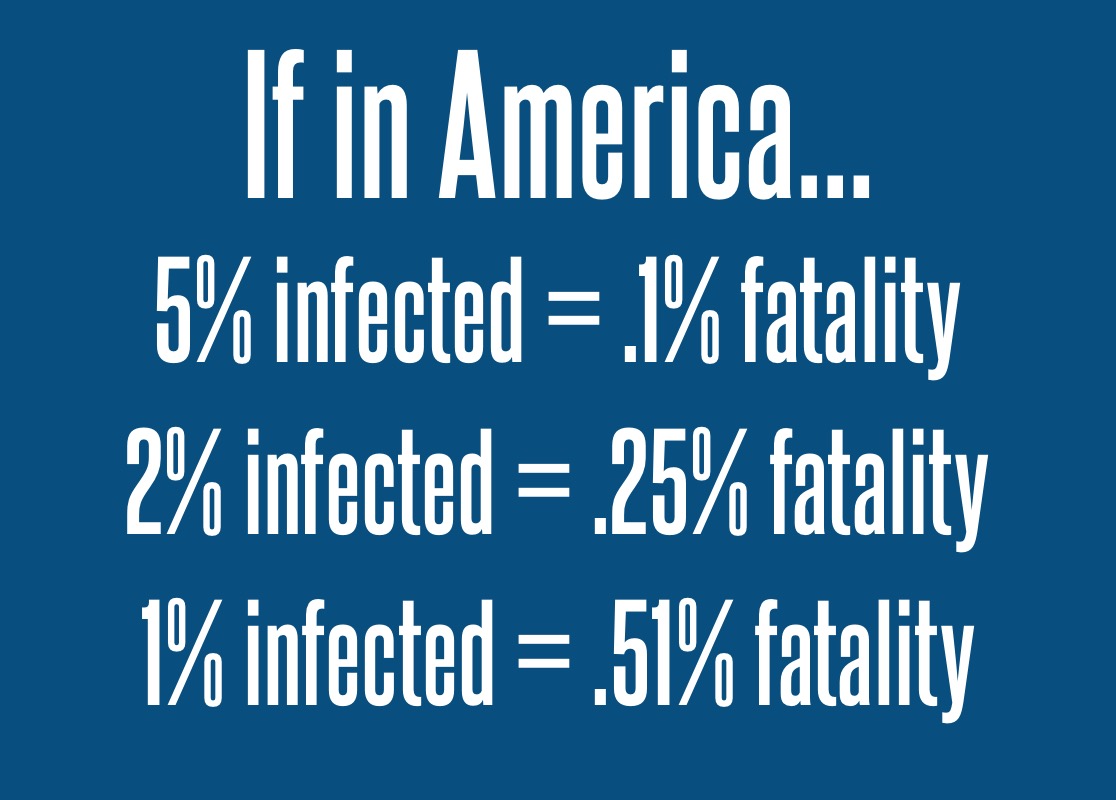 It is doubtful or at least arguable whether the U.S. would have gone into lockdown if it was known at the outset that the infection mortality rate was .5% or less. Especially since mortality is largely confined to those with co-morbidities (98%) and over 70, the mortality rate for healthy American would have been confirmed to be so low, few would have yielded their freedoms.

So what is a reasonable "guesstimate" for the antibody infection/immunity rate in America? Well, with TRILLIONS being spent on this crisis, WE SHOULDN'T BE GUESSING! But here's what we do know...

And let's remember that the doomsday model that got us into this mess was built on a 80% infection rate, so the idea that a few months into this crisis, 2% or even 5% have been infected is not unreasonable.

The best thing that could happen for America is to get serious random sample antibody testing and determine what our nation's infection fatality rate actually is! If even 2% already have been infected, we think GAME OVER on the shutdown/lockdown and we move immediately to a targeted approach to protect the elderly and those with co-morbidities. If 5% test positive for the antibodies, then someone owes us back March and April.